Knowledge of civil law on the first degree of law study is requested.

To obtain knowledges on the field of the law of arbitration for the work in the judiciary service (courts, prosecutors offices), in private law firms and presenting individuals in the judiciary litigations. They also obtain skills and knowledges to perform acts in the commercial companies and state authorities.

Knowledge and understanding:
To obtain the understanding of relevant provisions and institutes on the field of the law of arbitration.
To master the independent use of provisions.

She regularly participates in all forms of professional education and relevant conferences. In 2003/2004 she also participated in specialization in Boston. So far, she has published her papers in legal periodical publications, such as Pravna praksa, Finance and European Journal of Business and Social Sciences (EJBSS).

She lives and works in Logatec where she manages her own law firm.

The Slovenian Chamber of Law has granted Sara Ahlin Doljak, Ph.D. the title of »Specialist for commercial and social security law«. 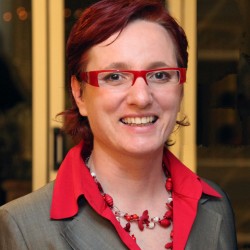 
ARTICLES AND OTHER COMPONENT PARTS

MONOGRAPHS AND OTHER COMPLETED WORKS