Culture of remembering the cornerstones of the Slovenian nation and state

Within the project, we will interdisciplinary study various aspects (historical, literary, cultural, philosophical, legal, artistic …) of the formation of Slovenian ethnic and national identity and the state. The current findings in this area need to be highlighted and (re)interpreted with modern theoretical and methodological approaches that address the formation of ethnic identities and nation states, a so-called nation building and state-building process. We will explore the production of culture (historiographical, political and literary texts, visual arts, music and films, the media, etc.) from the point of view of the relations of this production to the so-called spirit of the age. We will study these influences in accordance with the methodological concepts of cultural memory, cultural transfers and transculturalism, which articulate culture in terms of intertwining, and the theory of symbolic construction of national identity, which argues that identity is constituted and preserved in the process of comparison and interaction with members of other groups. We will further strengthen the awareness of the necessary “construction” or “production” of reality through texts of various kinds and of the intertwining between tradition (text) and interpreter. Our initial hypothesis is that symbols, myths, images, memories, and communications are crucial for shaping the identity of both communities and individuals, so special attention will be paid to exploring their representation and construction in terms of their integrative role in connecting communities. Through thematic analysis, we will identify representations of historical myths that play a key role in shaping community identity. We will analyse the “groundbreaking” events, which all have a rebellious character, and historical personalities through their historiographical re-interpretations and study them with a comparative interdisciplinary approach through the most important milestones of Slovenian collective memory.

We will pay attention to various national integration projects that took place in Slovenia in the 19th and 20th centuries and which, as elsewhere in Europe, were reproduced through school textbooks and historiographical syntheses and culture. The research will follow the reconstruction of the historiographical experience of some of the most important “places of memory” (from Christianity, peasant uprisings, Reformation, to the National Liberation War and especially independence in 1991), their representations and interpretations, especially in myths related to national identity. Special attention will be paid to the selection of the past, which depends on current social and political needs. This is a particularly sensitive topic for nations that are still in the process of nation-building, such as the Slovenian nation, and therefore interventions in the collective memory are all the more sensitive. It is not only important what is written in historical works, but also what is left out of them, because oblivion is an important part of the construction of “national memory”.

The project group will contribute original studies for Slovene historiography, which will be relevant for understanding complex concepts, such as “ethnic identity” and “nationalism”, which in our opinion cannot be understood only with one-sided cognitive tools.

In addition, the project group will carry out pioneering research in the field of building the Slovenian state in the 1980s and 1990s, thus contributing to the development of historical science. The research will contribute to a more precise knowledge and understanding of the period of Slovenian independence, which has not yet been placed within a long period, as few people understand it as part of a more complex process, but understand it as an event “in itself”.

An international network of researchers and institutions will be formed to participate in various forms of dissemination of research results. 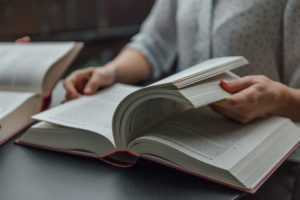