Prof. Polona Tratnik is the dean of the Faculty of Slovene and International Studies at the New University and a research counsellor at the Institute IRRIS for Research, Development and Strategies of Society, Culture and Environment. She has an academic degree in painting, a master’s degree in sculpture and a doctorate in philosophy. She was a Fulbright researcher at the University of California Santa Cruz and a visiting professor at the same university, as well as at Capital Normal University in Beijing, Taik University (now Aalto) in Helsinki, and the National Autonomous University of Mexico in Mexico City. She is the president of the Slovenian Society for Aesthetics and a member of the executive board of the International Association for Aesthetics. She is the author of seven monographs published in four languages, including Conquest of Body, Biopower with Biotechnology (Springer 2017) and Hacer-vivir más allá del cuerpo y del medio (Herder 2013). In the world of art, she is established primarily as a pioneer of biotechnological art. She has exhibited paintings and hybrid art projects at prominent events in Australia, 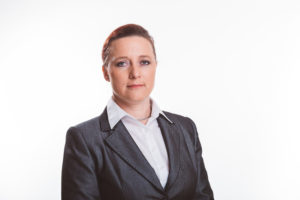